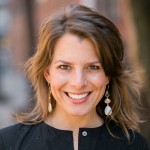 With a multi-faceted background working across the corporate, entrepreneurial, and philanthropic sectors, Victoria Foster is co-founder & Managing Partner of the North American business of global leadership consultancy, Better Future.

Victoria’s life and career has taken her from the boardrooms of New York to the slums of Bangkok, across five continents and more than forty countries.  She spent her first career as an Investment Banker with Credit Suisse.  Victoria left finance to explore off the beaten track and help organizations adapt and grow in a complex world.  What she found was tremendous innovation, purpose and potential in seemingly unlikely places. At the same time, the questions she kept hearing back home were - ‘how can we remain relevant?’, ‘how can I & we make a bigger impact?’ The obstacle was not lack of ideas, rather connecting the dots and supporting leaders and businesses to transform for our future.

She decided to dedicate her life to “paying-it-forward” to bridge different worlds in order to unlock untapped potential of people & organizations. Queen Máxima has been lobbying for years in the Netherlands and abroad to increase access to financial services, improve consumer protection and enhance financial literacy.

In 2009 Queen Máxima was appointed the UN Secretary-General's Special Advocate for Inclusive Finance for Development (UNSGSA). In this capacity, she advises the Secretary-General, and works worldwide to make financial services accessible to all, including low-income groups and the SME sector. At present, it is uncommon for people and small businesses in many countries to open a bank or savings account or take out insurance or loans. The UNSGSA believes that access to financial services is vital for creating and accelerating sustainable economic growth, creating employment and encouraging people's personal and social development.

Queen Máxima has been honorary chair of the G20 Global Partnership for Financial Inclusion (GPFI) since 2011. In this capacity, she works primarily to strengthen the synergy between the UN and the G20 in the field of universal access to financial services, calling on her many years of experience to promote inclusive finance.

In 2005, prior to her UN and G20 appointments, Queen (then Princess) Máxima participated in the UN Advisors Group to the International Year of Microcredit. From 2006 to 2009 she participated in the UN Advisors Group on Inclusive Financial Sectors. In 2008 the Queen presented the group's recommendations to the UN Secretary-General. The core messages served as a guideline for legislators, oversight agencies, development partners and the private sector. In 2010 the Queen was honorary chair of the G20 SME Work Group on Data.

Uthara Narayanan's purpose in life is to lead people to find their own voice and achieve their dreams by unleashing their potential. Since 2012 she is achieving this through Buzz India, which builds leadership capabilities in low-income women to take charge of their problems and combat poverty. Buzz India is a mobile academy providing doorstep training (knowledge, skills and tools) in financial, entrepreneurship and personal leadership skills to low-income women to bring about attitudinal and behavioural change on how to become problem-solvers. The objective is to support low-income women to be financially literate (increase their saving capacity, learn better money management practices, reduce dependency on moneylender), become personally empowered and to plan, develop and create new businesses and services that will provide livelihood opportunities for communities as well as promote a robust economy. Her vision for India is to see it flourish with people who are truly independent; who think for themselves and are out of the despairing cycle of poverty.

Since 2009 Uthara has been a development sector professional with specialization areas being grassroots community engagement, government policy review, policy deployment assessment, gap analysis, process improvements and advocacy. Uthara is a Cost and Management Accountant (CMA), has Bachelors in Commerce and holds a diploma in youth in development. 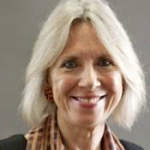 Mayra Buvinic, an internationally recognized expert on gender and development and social development, is a Senior Fellow with the UN Foundation.  Between 2005 and 2011, she was Director for Gender and Development at the World Bank; before joining the Bank, she worked at the Inter-American Development Bank (IDB) where she headed the Social Development Division and advised the IDB on violence prevention (1996-2005).  Prior to that, she was founding member and President of the International Center for Research on Women (1978-1996).  She has written extensively on gender and development and gender and poverty issues; violence reduction and violence prevention; and social development and social inclusion, the latter with a particular focus on Latin America and the Caribbean.  She has a PhD in Social Psychology from the University of Wisconsin-Madison.

Saskia Vossenberg is a Senior Adviser at KIT Royal Tropical Institute and a Researcher affiliated with the Centre for Frugal Innovation in Africa. She advises financial institutions, development banks and policy makers on Gender Inclusive Finance, Inclusive Innovation and Women's Entrepreneurship Development. Saskia has more than 15 years of research experience, working with female entrepreneurs and private sector development practitioners across Africa. She is completing a PhD at the Erasmus University Institute for Social Studies in The Hague, and holds MA degrees in Gender Studies and Political Science from the University of Amsterdam.

In her key note, Saskia will speak about how current efforts aimed at closing the gender gap in finance are focused on providing women access to financial products and services. That’s surely a good start but not sufficient to change persistent gender inequalities that constrain the business success of women entrepreneurs. Saskia explores financial innovations aimed at women entrepreneurs in emerging markets that may help to transform gender inequalities. Including new ways of doing market research, due diligence, loan structuring, innovative product designs and non-financial service delivery. 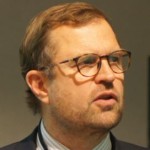 Mark Schneiders became Chief Executive Officer of KIT Royal Tropical Institute in 2014, having spent much of his career in banking. Mark’s interest in development cooperation was sparked at the age of 13, when his parents moved overseas to Nigeria, Cameroon and Indonesia, where Mark’s father held various development cooperation and ambassador positions for the Dutch Government. After studying Law at Leiden University, Mark joined ING as an international banker. Postings to Venezuela, Argentina, Hong Kong, Geneva, New York and stints in Nigeria and Burundi widened Mark’s understanding of Latin America, Asia, Africa and their interrelationship with industrialised countries. As Chief Development Officer at the African Development Corporation (ADC), Mark was able to re-visit Africa, decades later, and deepen his awareness of how countries there work, their key differences and how they approach their development challenges. “The bedrock is education and training,” says Mark. “Countries with stable and effective education systems are at an advantage.” 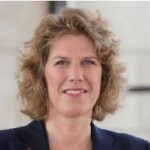 Linda Broekhuizen started her career at Fortis Bank in the Financial Institutions team for Latin America.
In 2000, she started working at FMO, at first being responsible for investments in a selected number of
countries in Eastern Europe & Central Asia and later in Latin America, where she managed a team since
2005. She continued her career in 2008 as Manager Sustainability Development, a new position created
to integrate ESG as a business case in FMO’s core investment process. Consequently, she successfully
set up Agribusiness as a new focus sector for FMO. Before joining FMO’s Management Board in 2014,
she was as Director Financial Institutions responsible for FMO’s largest sector portfolio. Linda
Broekhuizen has Master Degrees in International Relations and in Business Administration. In 2010 she
finalized a postgraduate program on Corporate Social Responsibility Management. She is member of
the Supervisory Board of the Netherlands Council for Trade promotion (NCH) and member of the
Appeals Commission of the Foundation for Banking Ethics Enforcement.